Biography
William Crawford was born at Fortfield, County Tipperary, Ireland, on 29 April 1844, the second of eight children of Maria Shortt and her husband, Thomas Crawford. When he left school in 1858 he went to Belfast and later Dublin to work as an indentured merchant's clerk. As he outlined his initials on his trunk in brass nails, he added the name Fitzgerald at his mother's suggestion.

An uncle who had visited New Zealand probably prompted Crawford's emigration. He left Ireland for Auckland on the Statesman on 17 December 1863, arriving on 6 May 1864. He was just 20 years old when he landed in Auckland, in his own words 'full of life, longing to see the world. Quite impressed with the belief that in two years I would make my fortune and return, a hero, to the dear ones at home.' For the next 10 years he accumulated experience in a variety of jobs. Adventures as a bushman and a goldminer on the West Coast, told with great good humour in his reminiscences, did not lead to prosperity, but he reckoned that periods of survey work and portering developed sturdy hill-climbing muscles for his later photographic expeditions around the hills of Poverty Bay.

Crawford went to Thames as a storekeeper during the goldrush there and sent for his fiancée, Mary Augusta Franklin, an Irish-born woman whom he had first met in Auckland. They were married at Onehunga on 19 September 1868 and went to live at Thames. In 1871 they returned to Auckland to look after a dying relative who recommended William for his own job at R. Whitson and Sons' Albert Brewery. Because he had always had an interest in scientific matters, brewing appealed to him, presenting a challenge that shopkeeping could not match. In 1874 Whitsons decided to open a branch in the fast-growing town of Gisborne, and William was sent to build the brewery and start it operating. Mary and the first three of their six children accompanied him. The first beer was advertised in January 1875, and in the following year Crawford bought the business for himself.

In 1877 William Crawford was elected first mayor of the new borough of Gisborne. He was re-elected at the end of the year, and for 18 months he and his councillors often met several times in one week as they endeavoured to set in place the amenities that any self-respecting borough expected to provide: metalled roads, a reliable water supply and a fire protection service of which Crawford was superintendent. Crawford did not seek re-election a second time, concentrating instead on his business activities and his hobbies.

In 1882 Crawford became bankrupt as a result of the collapse of the City of Glasgow Bank in 1878. Far from proving a serious setback, this seemed almost a spur to progress. In 1883 he built a new brewery, far more spacious than the old one, and a home beside it on the banks of the Taruheru River. When that brewery burnt down, he built a third one on the same site in 1895.

William Crawford had pursued his interest in photography since his time in Auckland. In Gisborne he took panoramic views of the growing town from the top floor of his new brewery tower. These and many other photographs of Gisborne and Poverty Bay were taken by the cumbersome wet-plate process, whereby the photographer virtually travelled with his darkroom; it did produce beautifully clear images. Crawford later worked with a half-plate camera, using the new dry-plate process. In 1884 he bought a 10 inch by 8 inch camera which he used extensively over the next 12 years, recording the people, places and events of the district: parties and tournaments, processions and expeditions, picnics, hui and shows.

When Crawford's equipment became more portable with the purchase of a quarter-plate camera in 1897, his photos became even more numerous and filled with action. Several hundred large plates, mostly from the 1880s and early 1890s, survive as do several thousand quarter-plates from 1897 on. He was official recorder for the state funeral of Major Rāpata Wahawaha at Waiōmatatini in the Waiapu valley in 1897, and there were many occasions when he accompanied visits of parliamentarians to the district, or recorded a new building or a flourishing industry.

Crawford's photography was in demand not just because of the quality of his work but because he was genial and generous-spirited. He was described as 'a benign, patriarchal man with wide flowing snow white beard covering an ample chest', and was credited with many scientific inventions and experiments. Crawford's journals list his inventions and patents, including a rotary print finisher, cinematographic equipment, an enlarger and a copy negative technique, as well as electronic gear. His journals reveal a mind teeming with ideas, ranging from the practical to the visionary, but none made his fortune.

In 1897 Crawford sold the brewery to D. J. Barry, and for a time helped his son Gerald run a stationer's shop and his brother Daniel run the Albion Club Hotel next door. He was in England and Ireland between 1899 and 1901, and came back to tragedy: his youngest son had already died following a riding accident, and in 1903 one of his daughters died in a mental hospital, and his wife, deeply depressed, took her own life.

During his last years in Gisborne Crawford set up a studio, listing himself as a photographic landscape artist on his bill headings. A series of half-plate portraits survive from this time, but the outdoors still enthralled him, and his best work is found in series taken on excursions round the district or on special occasions, both public and private.

Crawford left Gisborne for another visit to Britain to see an ailing brother in 1913. The town's leading citizens gave him a farewell banquet, and it is obvious, from the newspaper reports, that he was both respected and loved. Someone remarked that the sentiments sounded uncomfortably close to an obituary. In a sense, they proved to be so: William Crawford did not return to Gisborne. When he got back to New Zealand, it was to live with a daughter in Auckland, where he died on 15 December 1915. 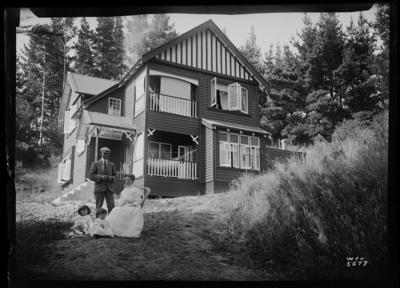 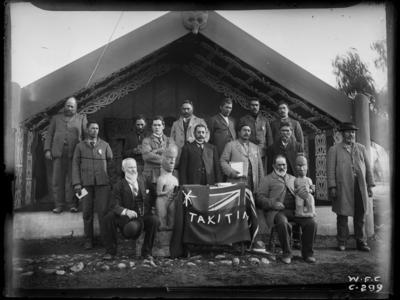 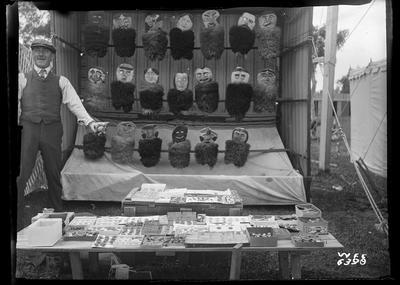 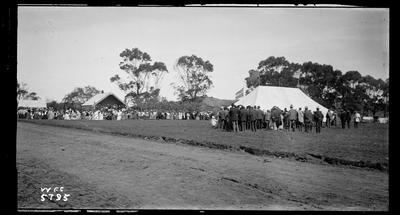 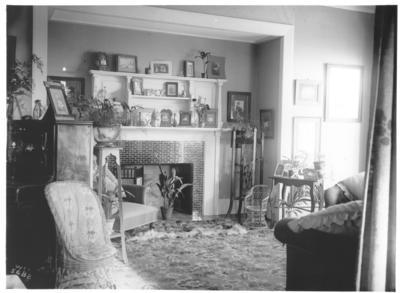 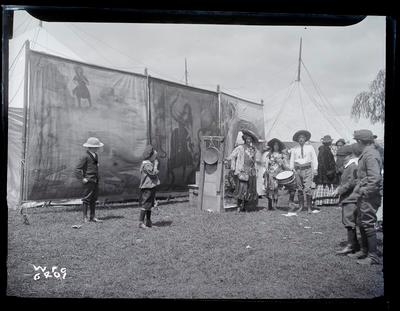 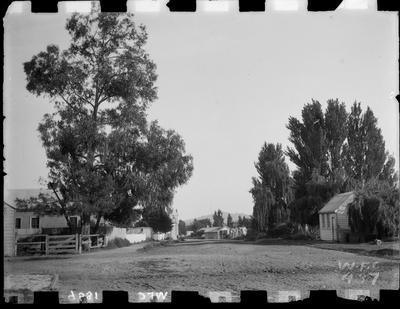 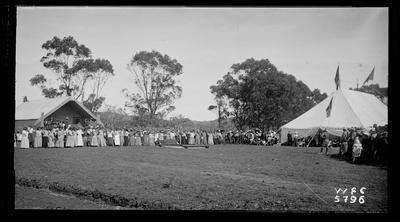 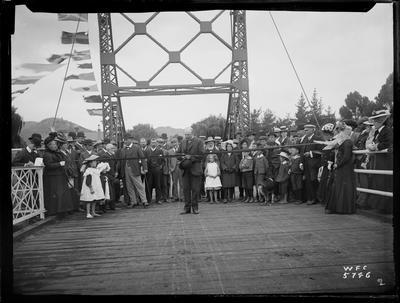 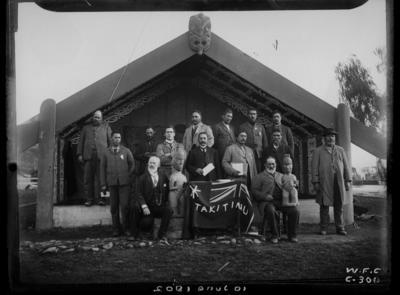 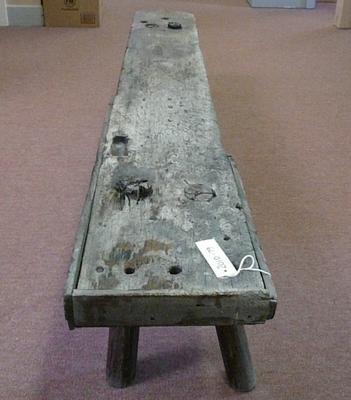 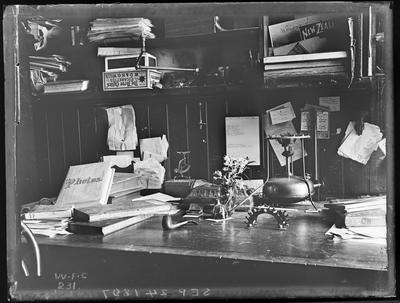 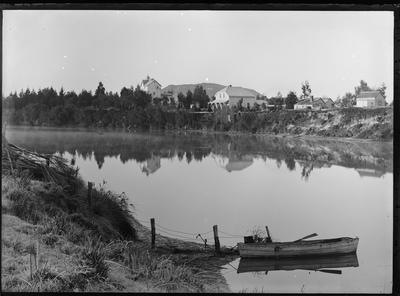 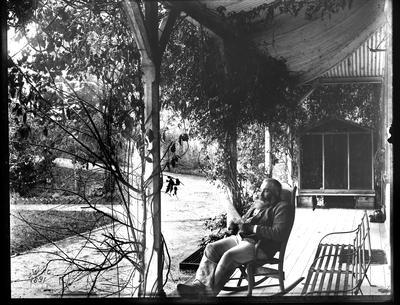 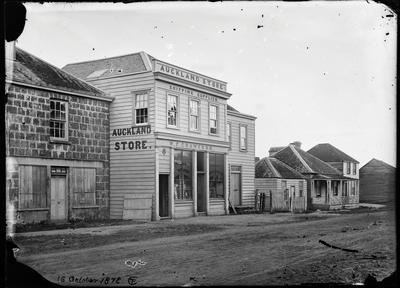 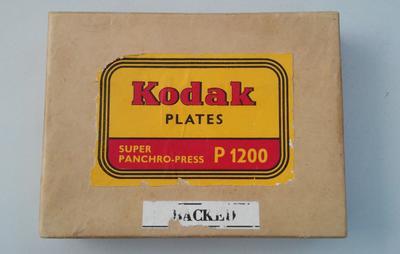 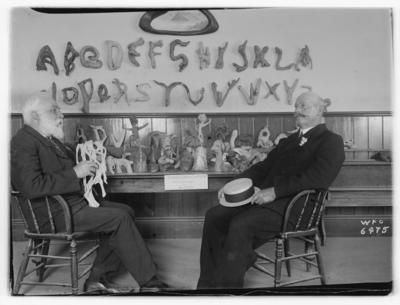 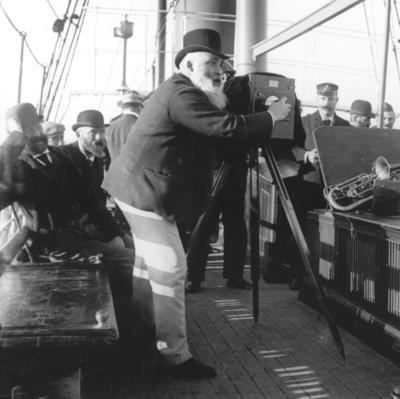 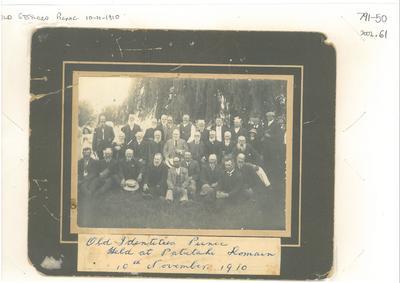 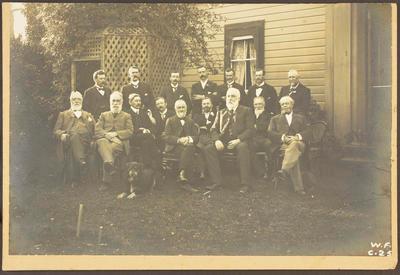 Associated with this person 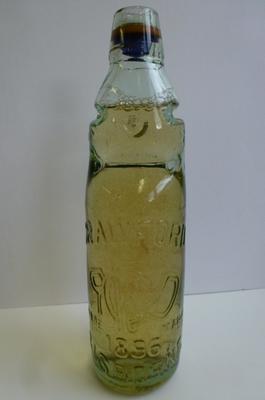 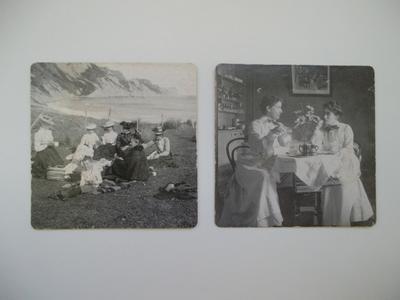