Biography
Brownies is a fun club for girls aged 7 – 10 years old, and is a part of the scouting movement. Brownies comes after Pippins, and before Girl Guides.

What is Brownies?
Brownies were first organised by Lord Robert Baden-Powell (who started the Scouts) in 1914 in order to complete the range of age groups both for girls and boys in Scouting.

Originally the girls were called Rosebuds, named after a popular story written in 1870, but later renamed by Robert to Brownies.

The young girls are placed into Brownie packs or units, which are divided into groups called sixes or circles. The Brownie leading the pack is known as a Guilder or Circle Leader and is assisted by a team of adults.

Brownies is always packed with fun and there is always a lot happening for the youngsters. They may do things together as a whole unit, or just with their six. Brownies decide what they are going to do in a Pow-wow. This is when everyone in the unit talk about their ideas and make plans.

Brownies take part in indoor and outdoor activities that challenge them to do their best! Their meetings are action-packed and full of challenges, games and activities, usually ones that the Brownies have suggested themselves. Everything a Brownie does is an adventure – it’s a world of excitement, new interests and friends.

When a young girl first joins the Brownies, she is encouraged to take the Brownie Promise. This Promise is the basis of the Brownies and Girl Guides philosophy.

I promise that I will do my best:
To love my God,
To serve the Queen and my country,
To help other people and
To keep the Brownie Guide Law
The young girls are also introduced to the Brownie Law:

A Brownie Guide thinks of others before herself and does a Good Turn every day.
Brownies always Lend a Hand.
Where do Brownies meet?
Many centres around the country are fortunate to have an official Girl Guide and Brownies building or buildings. These can be provided by the local council and maintained by the Guide Association.

Other groups meet weekly in community halls or church halls.

Contact your nearest Guide Association for details as to the weekly meeting facilities.

What age can your child start Brownies?
To become a Brownie in NZ you need to be aged between 7and 10 years old.

Many young Brownies start off their time with the Girl Guides Association as Pippins. Pippins are aged between five and six, and the youngsters take the next step up to Brownies from there.

How do you progress in Brownies?
Brownies are encouraged to work towards achieving ‘badges’.

There are numerous different badges they can choose to do covering a range of interests. These include agility, artist, computer, entertainer, first aid, friend to animals, swimmer, wildlife explorer and writer, just to name a few.

The purpose of these badges is to give the girls tangible goals to work towards, at their own pace, and reward them accordingly. The badges are a symbol of their achievement.

Of course, there are also Brownie sleepovers, holidays and camps, and adventure days to look forward to. This is when they go away with their Brownie friends for a day, overnight or longer.

The next step up from there is the Rangers, from age 14 or year 9 at secondary schools. Rangers are for teenage girl guides from the ages of 14 through to 19.

From age 17 and up, girl guides can take up roles as Guide Leaders. There are a variety of leadership roles within Guides, including unit leaders (direct hands-on roles working with and leading the younger guides), to administration, to support work in an area of special interest.

What equipment do you need for Brownies?
A basic Brownie uniform is required. A Brownie may choose to wear trousers, skirt or shorts of any colour, incorporating the official Brownie top. These can be t-shirt, polo shirts and/or sweat shirts.

Additional clothing items which can be acquired over time include; vest, Brownie guide bag and sash to hold badges.

Over time, there will be requirements such as camping equipment, sleeping bags and various other small costs associated with the Brownie achieving each badge.

How much does Brownies cost?
The following prices are an indication for parents purchasing brand new clothing. However, many Brownies swap and sell clothing within their unit.

How much time does Brownies take?
Most Brownie units meet weekly for 1 ½ hours after school. These meetings take place on week nights and are an opportunity for the girls to get together and socialise. They generally follow a set Brownie programme.

After joining Brownies, as a parent you can expect your daughter to be regularly involved in camping, arts and crafts, sports, themed nights and experiencing the great outdoors. They will also have the opportunity to develop personal skills such as first aid.

So, aside from the weekly meeting time, you can expect to support your daughter in extra-curricular activities all year round. 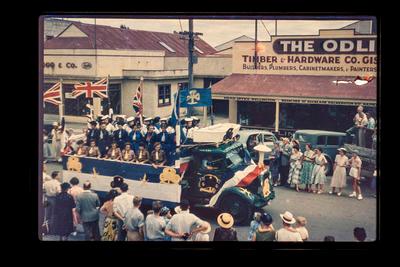