Biography
John Alexander Gilfillan, his wife Mary and their six children settled in Whanganui in late 1842. Gilfillan was an artist of some ability and his work provides insights into Whanganui’s early colonial history. The family arrived in Wellington on Christmas Day 1841 and later secured an allotment of 110 acres (45 ha) in the Matarawa Valley, east of Whanganui. As part of the New Zealand Company plan the family was also allocated a town section in Guyton St, where the family lived while work was completed on a substantial home at Matarawa. In late 1845 the Gilfillans moved onto their farm.

On the evening of 18 April 1847, six young upriver Māori attacked the Gilfillan farm. John managed to escape and headed for Whanganui, four hours away on foot. He believed that he was the real target and that his family would not be harmed. He was wrong. When he returned the next morning with an armed party he found his wife Mary and three of their children dead and the homestead a smouldering ruin. Another daughter was badly wounded in the attack.

The immediate cause of the attack seems to to have been an incident in Whanganui a few days earlier. On 16 April Hapurona Ngārangi, a young upriver Māori, was accidentally shot in the face by a naval cadet from the gunboat HMS Calliope, H.E. Crozier. The Calliope had supported British forces in Wellington and Te Rauparaha had been detained on the vessel after his arrest in July 1846. Some Māori who did not accept that Crozier’s actions were accidental gathered outside the Rutland Stockade. Anticipating that Ngārangi might die, they demanded custody of Crozier. Captain Laye of the 58th Regiment declined this request but allowed the garrison surgeon to treat Ngārangi. Once the young man’s condition improved it was hoped that the matter was at an end.

The Gilfillan killings angered the Pūtiki chief Hoani Hīpango, who saw them as an attack on the mana of lower-river Māori. Hīpango’s mana over Te Āti Haunui-a-Pāpārangi tribal lands extended some 100 km up the Whanganui River. One of the first Whanganui Māori to convert to Christianity, he took the killings as a personal affront and offered to apprehend the culprits. After some initial reluctance from Captain Laye, men from Pūtiki quickly captured five of the six offenders. All were related to Hapurona Ngārangi. Governor Grey gave Hīpango and his people £145 as a reward.

While a number of historians, including James Cowan, have concluded that Crozier’s actions were the direct cause of the Gilfillan murders, James Belich places more emphasis on longer-term causes of tension in the region. There is some evidence that the Gilfillans were in the wrong place at the wrong time. According to the missionary Richard Taylor, one of the Māori involved in the attack confessed that the Gilfillans were not the original target. Their isolation had made them easy prey. 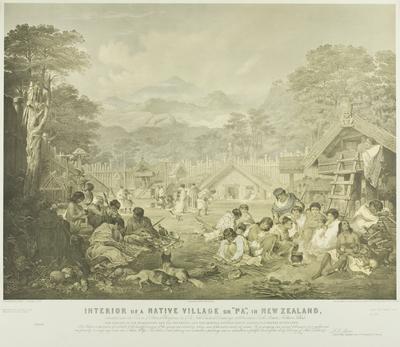