Biography
Musgrave, John Oliver
by Sheila Robinson
Biography
John Oliver Musgrave was born in Bradford, Yorkshire, England, on 10 April 1895, the youngest of eight children of Charlotte Sophia Pells and her husband, John Keenan Musgrave, a worsted cloth manufacturer. Jack, as he was known, arrived in Opotiki, Bay of Plenty, in 1912, to work for his sister and her husband on their dairy farm. After two years of farm and contract labouring he had saved 'a small fortune' of £100.

Turned down for active military service during the First World War because of a badly damaged right hand, Musgrave invested £70 in a second-hand Model T Ford and set up a taxi service in Opotiki. Cars were few and the roads were dirt tracks, but customers were plentiful, and included the Tuhoe prophet Rua Kenana and his wives.

The Model T 'wore out', in Jack's words, about 1918, and he took a job driving for George Anderson, who had pioneered the Motu route from Opotiki to the railhead at Moutohora, near Matawai. The road was often the river bed, with 17 crossings in three miles, and there were summits reaching 2,000 and 3,200 feet over 48 miles, mostly through native forest. A 1919 travel guide warned of sheer precipices most of the way. Available only in summertime, the trip took over three hours, before connecting with the train to Gisborne.

Around this time Aard Motor Services were expanding their Napier-based business throughout the North Island, and in 1923 Musgrave joined with other operators to drive for them between Opotiki, Whakatane, Rotorua and the railhead at Matata. Competition with horse-drawn coaches was keen while bad roads, floods and slips were prevalent. But the cars offered superior speed and comfort and as roads improved they displaced coaches during the 1920s.

In 1925 Musgrave was offered a contract to operate the Opotiki to Gisborne stage of the Aard network. This difficult but vital route was to become inseparably linked with Musgrave's Duco Motor Service for travellers who had to rely on service cars to reach this distant region. On 21 September 1927, in Opotiki, Jack married Alice May Parkinson, a clerk, and set up home in Gisborne, where two daughters and a son were born.

Musgrave's service cars, which typically carried up to 10 passengers, had folding roofs and removable side curtains. Initially luggage was carried in bags attached to the outside. There were chains for mud, hoses to extend the exhaust pipe for water courses, and sacks, shovels and axes on board to cope with constantly unpredictable conditions. Gradually roads were metalled, bridges replaced fords and the cars were custom-built with solid roofs, glass windows and rear luggage compartments. However, they retained side doors for each row of seats and were never called buses or coaches.

In 1930 an adventurous party of nuns persuaded one of Musgrave's drivers to take the newly opened Waioeka Gorge road from Matawai to Opotiki. Although still very rough, it was not as difficult as the Motu route. Both roads were used from 1931, but by 1939 Waioeka Gorge had become the main route.

Jack Musgrave formed his own company, Musgrave Services, in 1935 with a capital of £1,500. Two years later he bought Ward's Transport, a freight service operating between Gisborne and Hicks Bay. Ward's trucks were the coast's lifeline, carrying everything from mail and petrol (all in drums), to beer, movies and school milk. During the Second World War Musgrave was put in charge of emergency transport requirements for the East Coast.

By 1945 the government's public transport licensing scheme had seriously undermined the service car industry. The following year Musgrave sold that part of his business to New Zealand Railways Road Services and moved wholly into freight and cartage, including stock. His son, Geoffrey, joined him in the business in 1954.

In later life Musgrave continued to take an active interest in the firm and the transport industry. He served on the council of the New Zealand Road Transport Alliance and the Road Passenger Services Association, and was active in many community activities. Time was given to the Hawke's Bay Education Board, Rotary, the Anglican church, golf, and his memoirs; but his passion was his vehicles. A superb driver, he treated his vehicles as though they were alive, like a team of horses. While his writing captures the ingenuity and humour of mishaps and adventures on the early roads, his importance lay in pioneering reliable transport services, thus helping to develop one of New Zealand's most isolated regions. Jack Musgrave died in Gisborne on 19 October 1974, survived by his wife and children. 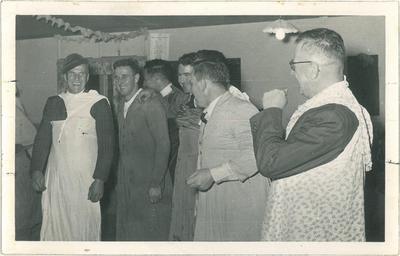 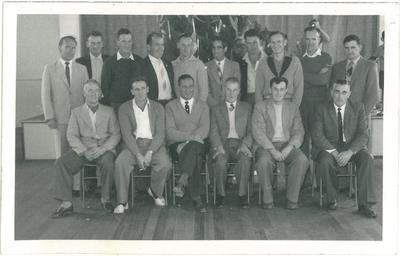 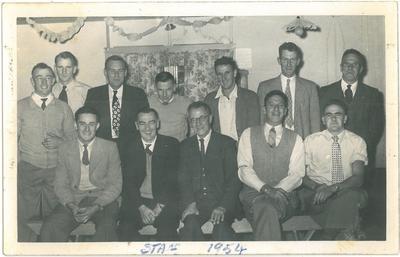