Biography
According to family information Henry Williams was born on 11 February 1792; he was baptised on 13 April at Gosport, Hampshire, England. He was the fifth child and third son of Thomas Williams, a lace manufacturer, and his wife, Mary Marsh. His parents were relatively well off until the death of his father in 1804. Two years later, at the age of 14, Henry entered the Royal Navy as a midshipman, with aspirations to be an officer. The nearly 10 years that he spent in the navy were far from easy; conditions on naval vessels were extremely harsh during the Napoleonic wars. Having seen active service in many parts of the world he was discharged from the navy in August 1815 as a lieutenant on half pay. The last captain under whom he served noted that he had behaved with diligence and sobriety.

With the end of the Napoleonic wars unemployment, particularly among halfpay lieutenants, was very high; Henry had to find a new vocation. He worked for a while as a drawing master, but at the same time began to prepare himself for the mission field. His parents were Dissenters, and like many missionaries who came from homes influenced by evangelical Christianity, he experienced a gradual conversion rather than a sudden illumination. From about 1816 he came under the tutelage of his evangelical brother-in-law, Edward Marsh, a member of the Church Missionary Society and later vicar of Aylesford. But his firm decision to become a missionary was probably made after his marriage to Marianne Coldham at Nuneham Courtenay, Oxfordshire, on 20 January 1818.

In 1819 Henry Williams offered his services to the CMS. He was accepted first as a lay settler, and then in 1820 as a missionary candidate. Although Marsh thought that he had no 'great proficiency in the Greek and Latin language', he was ordained a priest 'for the cure of souls in his majesty's foreign possessions' in 1822. Before leaving for New Zealand he also took instruction in the practical areas of medicine, weaving, twining, basket making, and, during the voyage out, shipbuilding. With Marianne and three children he arrived at the Bay of Islands on the Brampton on 3 August 1823.

Henry Williams was severely tested during the early months in the Bay of Islands, as he assumed the leadership of a mission beset by problems. The CMS mission to New Zealand was nearly 10 years old when he arrived, but not a single Maori had been converted. The missionaries were still largely dependent on the Maori for food and supplies; and under the leadership of Thomas Kendall and John Butler the mission had been torn apart by bitter personal disputes.

Having settled himself and his family at Paihia, Henry first attended to the secular side of the mission. He wanted to reduce the missionaries' involvement with the trading captains of Kororareka (Russell), to end their dependence on the Maori for supplies, and most of all he wanted to stop the musket trade in which the missionaries had been forced to engage. He quickly imposed regulations on the missionaries' trading, but it was the completion in 1826, under Henry's direction, of the 50 ton schooner Herald that really made the mission independent of local influences.

Meantime Henry had also put his mind to the spiritual aspect of missionary work. He soon concluded that the mission had placed too much emphasis on 'civilising' the Maori. In this he differed from Samuel Marsden, founder of the mission, who had emphasised teaching useful arts and agriculture as a prelude to conversion. Henry argued that the emphasis on secular instruction distracted the missionaries from the far more important task of bringing the Maori to Christianity. He began to reorganise the mission so that more time could be devoted to spiritual teaching.

To better carry out this essential task, Henry argued that mission members needed to spend more time learning the Maori language, preaching to the tribes in the surrounding area, and teaching in the schools on the mission stations; to do all these things most of the personnel would have to be concentrated in one place. Paihia became the headquarters and there the missionaries began by devoting regular amounts of time to learning Maori together. The arrival of Henry's brother William, in 1826, gave a great impetus to this programme: all members benefited from William's talent for languages. Having more missionaries at one station meant that they were able to visit the surrounding villages more frequently and, as they became proficient in Maori, their preaching was more effective. Schooling for Maori children was revitalised under Henry and his wife, Marianne, and more students attended classes regularly. Working effectively together fostered harmonious relations among the missionaries themselves; Henry claimed that the Maori noticed their greater unity and purpose.

Henry Williams's forceful personality and discipline were perhaps as important as his policies in reorganising the mission, and these characteristics also contributed to his growing mana among the Maori. Although his capacity to comprehend the indigenous culture was severely constrained by his evangelical Christianity, his obduracy was in some ways an advantage in dealings with the Maori. From the time of his arrival he refused to be intimidated by the threats and boisterous actions of utu and muru plundering parties. By the late 1820s he felt confident enough to intervene in intertribal disputes and on several occasions was able to negotiate peace between hostile groups. Such peacemaking was both a cause and a consequence of his growing prestige among the Maori. Only a person who was held in regard would be invited to settle a conflict, and it required even greater mana to be successful. As his personal repute grew, so did the influence of the mission.

The 1830s were a decade of achievement and progress for Henry Williams and the CMS mission. Success could be measured in two ways: increasing numbers of Maori were baptised, and the Bay of Islands mission was secure enough to provide a base for expansion throughout the North Island. There had been occasional baptisms in earlier years, but, beginning in 1829–30, several Maori adults and children were baptised at Paihia. By 1842 over 3,000 Maori in the Bay of Islands area had been baptised. No doubt Maori motives for 'going missionary' were often mixed and there was considerable backsliding in later years, but, as Maori conversions increased, the missionaries were successful, at least in their own terms. Their growing confidence in the north enabled them to extend their operations to the south. Here, too, Henry Williams played a leading role. He made several trips to other parts of the North Island to explore the possibilities for expansion, and directed the establishment of new missions. He sent missionaries to begin work at several places in the Waikato during the 1830s, his brother William moved to Turanga, in Poverty Bay, at the end of the decade, and stations were founded as far south as Otaki. By 1840 Henry could look with considerable satisfaction on the achievements of the CMS mission since his arrival in 1823.

But 1840 was also a year of major changes, both for New Zealand and, although he did not appreciate it immediately, for Henry Williams. With the country's annexation by Britain and a growing population of settlers, Henry became embroiled in racial conflict and caught up by forces that were beyond his control. Rather than simply ministering to one race, he was drawn into the increasingly uncomfortable role of mediating between two races.

The ambiguity of his position was apparent at the signing of the Treaty of Waitangi in 1840. Henry translated the English draft of the treaty into Maori, and, at the meetings with the Crown's representative, William Hobson, at Waitangi, he explained its provisions to Maori leaders. Later he travelled to the west coast of the North Island, between Wellington and Wanganui, and to the Marlborough Sounds to persuade other Maori to sign the treaty. However, his Maori version of the treaty was not a literal translation from the English draft and did not convey clearly the cession of sovereignty. Moreover, in his discussions with Maori leaders Henry placed the treaty in the best possible light and this, and his mana, were major factors in the treaty's acceptance. Undoubtedly, therefore, he must bear some of the responsibility for the failure of the Treaty of Waitangi to provide the basis for peaceful settlement and a lasting understanding between Maori and European.

As Maori-European relations deteriorated in the north in the early 1840s, Henry Williams tried to maintain peace between the races, as he had done earlier between tribes. In spite of his efforts the conflict over land and sovereignty soon moved beyond the possibility of compromise. Having failed to prevent hostilities he assisted the wounded and helped evacuate the beleaguered settlers when Hone Heke launched a final attack on Kororareka in 1845. His close association with the Bay of Islands Maori produced accusations of disloyalty from Europeans, while the stationing of British troops at the Waimate mission created suspicion in the minds of some Maori. Other Maori accused him of misleading them in his explanations of the treaty. Throughout the conflict, as in later life, Henry asserted that his missionary vocation was paramount and that his primary concern was for the Maori, but it was difficult to be single-minded when he was assailed from all sides.

The arrival of George Grey to begin his first governorship in late 1845 soon led to Henry Williams's involvement in disputes of another kind. During the 1830s, mostly to provide some security for his growing family, Henry had purchased extensive tracts of land in the Tai-a-mai area, west of Paihia. In dispatches to the Colonial Office that later became public, Grey questioned the validity of Henry's title to the land and falsely claimed that the landholdings of the CMS missionaries were a cause of the war in the north. Henry was obliged to defend his land purchases and, much more important as far as he was concerned, his personal integrity against the governor's charges. But he was fighting a losing battle against a more powerful adversary. Henry's superior, Bishop G. A. Selwyn, sided with Grey, and in 1849 the CMS in London, persuaded by Henry Williams's critics, decided that Henry was too much of an embarrassment to remain a member of the organisation.

His dismissal from the CMS that he had served for so long was a bitter blow to Henry. Within a week of receiving the news in May 1850 he left Paihia and moved to Pakaraka, where his children were farming the land that was the source of so much trouble. He was still a priest in the Church of England and Selwyn had made him archdeacon of Waimate in 1844; he continued to minister and preach to the Maori in his locality and gathered a considerable congregation around him. The injustice against him was only partly assuaged when he was reinstated to the CMS in 1854.

Henry Williams's abiding concern for the Maori was apparent in his distress at the outbreak of warfare with the Pakeha again in 1860. In private correspondence he was critical of the government officials and their policies, but he remained largely aloof from the public debate about the war. In 1862 he wrote to his brother-in-law, Edward Marsh: 'I feel our work is drawing to a close; and were it not for the Maories, I should have relinquished all long since. But I feel bound to them'. After several years of deteriorating health, Henry Williams died on 16 July 1867. His passing was perhaps most keenly felt by the northern Maori among whom he had lived for most of his life. 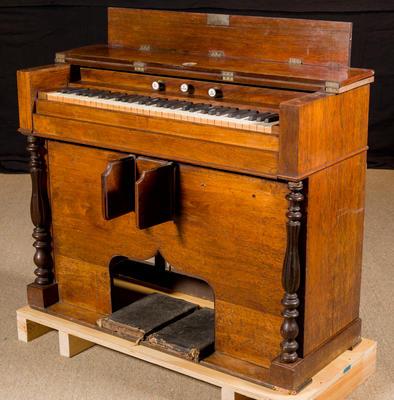