Biography
The club's "objective is to raise its (Gisborne's) present population of 17,000 to 30,000" ( Photobook: Come to sunny Gisborne on Sea, the California of NZ introduction, Dec 1946).

The Thirty Thousand Club was established in 1936 and in 1961 was transferred to Greater Gisborne Inc.

The Club had under its control Waikanae Park on either side of Grey Street; the Centennial Marine Drive from Grey (?) Street to the Waipaoa River Mouth; the Waikanae Cabin Camp which is Churchill Park, the Gaol; and the Waikanae Creek which was intended as weir to make it less like a muddy quagmire. 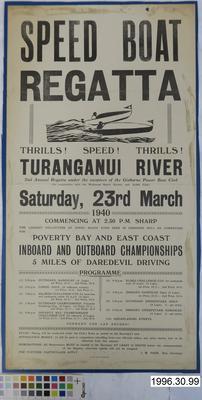 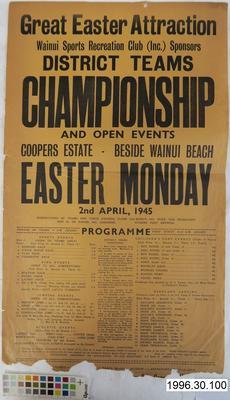 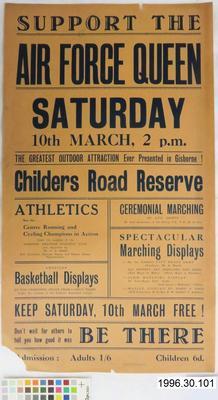 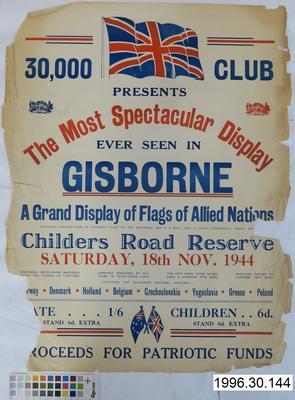 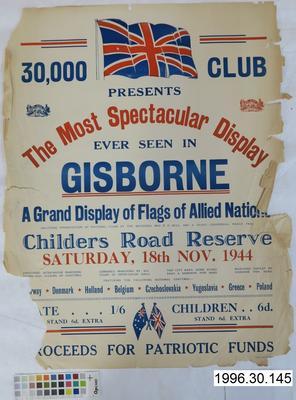 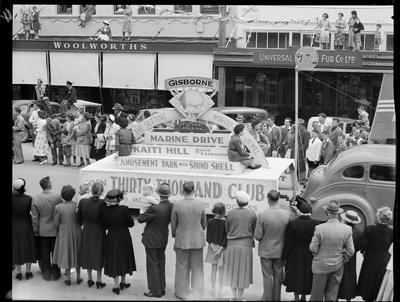