Biography
Mrs Nora Walker should have been the first woman elected to a public position in Gisborne, in 1915, but the council and Mayor of the day got in her way. The honour fell instead to Mrs Agnes Scott, who became a member of the Gisborne Hospital Board in 1925. Wynsley Wrigley presents some of Jean Johnston’s research into these two prominent Gisborne suffragists — part of her work for the Ambitious Gisborne Women exhibition that will open at Tairawhiti Museum later this year . . .
New Zealand’s third woman Prime Minister Jacinda Ardern was a popular speaker at an event in Gisborne last month starting national commemorations of 125 years of women’s suffrage. It was a different town when Mrs Agnes Scott became the first woman to gain a public position in Gisborne, on being elected a member of the Gisborne Hospital Board in 1925.

Ten years earlier, Mrs Nora Frances Walker should have been able to claim this position. Instead, the annoyed women and men of Gisborne held an “Indignation Meeting” after Gisborne Borough Council denied Mrs Scott her rightful membership.

She married Francis Scott in Gisborne in 1887. He was a blacksmith and they lived at Kaiti Beach, and later at 69 Ormond Road. They had no children.

Her obituary in The Poverty Bay Herald stated that she was one of the district’s most earnest welfare workers.
“The news of her death is received with the keenest regret by town and country people. Almost all were acquainted in some way or another with her work for the relief of hardship and suffering.

“She was most closely associated with the Children’s Creche, the foundation of which she was closely connected to.
‘‘Since 1925 she has been an elected member of Cook Hospital Board, being the first woman to serve in this role.”

Her signature can be found in the 1892 Gisborne Women’s Suffrage petition — along with around 17,000 other signatures — that was sent to Kate Shepperd to be presented to the House of Representatives

Agnes Scott came to the fore alongside Margaret Home Sievwright when she supported Mrs Sievwright’s address to 200 women who gathered in the City Rink on September 25, 1893 — a few days after the success of the female franchise in the new Electoral Act.

The Gisborne’s Ambitious Women exhibition has a focus on the local groups the suffragists belonged to, and Mrs Scott had links to many of these over the next 25 years.

Agnes Scott was elected secretary of the Gisborne Women’s Political Association in 1894 and was noted for her direct verbal and written requests to local and national politicians requesting support that would bring benefit to this community.

On occasions, she acted as an advocate to women who had concerns about their treatment by the Charitable Board.
Her leadership in a secretarial role was effective in establishing the Sievwright Memorial and in the humanitarian work of the Cook County Women’s Guild for the elderly, women and children in the community.

Extra financial support from the government for the Children’s Creche and the Elizabeth Townley Maternity Home was due to her persistence.

She negotiated the handover process in 1915 when the Maternity Home came under the control of the St Helen’s franchise.

She was a member through the 1920s of the Gisborne Branch of the National Council of Women and, for the last six years of her life, was the first elected woman member of the Gisborne Hospital Board.

Her husband Francis Scott died on May 20, 1938, aged 83 years, and was buried alongside his wife in an unmarked grave in Taruheru cemetery.

Kept off hospital board by the Mayor
Agnes Scott belonged to many of the same organisations as Nora Walker, but never the Women’s Temperance Union. Agnes Scott would have voted for continuance.

In 1929, when the Gisborne branch of the National Women’s Council hosted the national conference, Nora Walker was the national senior vice-president.

She had the right to become the next president but at the age of 70 she declined the position.

Margaret Home Sievwright had been elected a vice-president of the first National Council of Women in 1896 and in 1901 became its second president after Kate Sheppard.

Nora Frances Galwey was born on January 29, 1859 in Londonderry, Ireland, the daughter of William and Eleanor Galwey. The 1871 English census records show that the family, with seven children, had lived in Bombay, Londonderry and Middlesex.

Her father is recorded as a civil engineer.

The Galweys moved to Wellington due to her father’s frail health. The family was left stranded when William Galwey died in 1878.

Nora Frances Galwey married Henry John Walker in Wellington in 1885 and her mother Eleanor joined the couple on their move to Gisborne. Eleanor Galwey died on June 15, 1888 in Gisborne and was buried in Makaraka Cemetery.

Henry Walker was a carpenter and the family lived in Upper Fox Street. They had six children, including a son who died at age one in 1888. Another son, Robert Kingsley Walker (born in 1896), died on November 17, 1917 in France, during World War 1.

Mrs Nora Walker was one of 40 members of the Gisborne Women’s Political Association and she supported the temperance cause. There was a strong Waiapu Prohibition League in Gisborne that embraced a wide membership.

The first meeting of the Women’s Christian Temperance Union of Waiapu was held in Townley’s Hall in October 1896.

A Miss Kirk, secretary of the New Zealand Women’s Christian Temperance Union (WCTU), delivered an address to the Waiapu Prohibition League in the City Rink. Miss Kirk appealed for people to do what they could to advance the prohibition cause, and to be clear which side they were on. She is reported to have been quiet and graceful.

The motto of the WCTU was that of the Maori Women at Orakau: “Ka whawhai tonu ki a koe, ake, ake — We will fight for ever and ever and ever.” (Poverty Bay Herald, 8 September 1896 p2).

Mrs Maria Webb, wife of Canon Webb, was elected the first president of the Gisborne branch.

Nora Walker became one of the first members and would later become secretary and president of the branch, representing Gisborne at national gatherings.

Around 1905 she was one of the first women to be elected to the Gisborne Central School Committee, a position she maintained for over 12 years.

From 1912, she was also president of the Gisborne Housewives’ Union — which assessed and challenged the cost of living, as well as supporting living wages and conditions for domestic servants.

She became one of seven candidates standing for one of the available four seats of the Hospital and Charitable Aid Board in April 1915.

The roll of voters for the Borough Council and Hospital and Charitable Aid Board contained around 5000 names. Nora Walker polled fifth with around 900 votes.

Rather than Mrs Nora Walker, the next highest polling non-elected candidate, being appointed, Mayor W.G. Sherratt used a bylaw allowing that ‘‘any resolution of the Council may be revoked or altered at the same meeting by the unanimous vote of the members present when it is passed or at a subsequent meeting, or a majority of them”.

Despite not having a unanimous vote for Mrs Walker not to take up this position, the vote by councillors was tied on two occasions, and the Mayor was appointed.

Many of the women and men of the town rallied behind Nora Walker in protest and an “Indignation Meeting” was held on October 13, 1915 in the Scottish Hall.

Mr John Townley presided and there was a large audience.

He explained that owing to the alteration of the law, a local body could now make an appointment to fill a vacancy on the Hospital and Charitable Aid Board.

As a previous mayor, he detailed the actions of the council.

Many attendees felt these were unnecessary.
“If there was one place a woman could do useful service it was on a hospital board,” it was said.
Fellow WCTU and Cook County Women’s Guild member Mrs Harriet Goffe proposed, “that we, the women of Gisborne, view with indignation the attitude towards our sex taken by certain members of the Gisborne Borough Council in denying to a woman elector her right to a seat on the Hospital and Charitable Aid Board.

“We contend that it has yet to be proved that financial ability and judgement are possessed by men only, and we strongly protest against the methods used to dispossess a woman of a seat to which the women’s vote entitled her.”

Many women and men spoke in support of Mrs Walker’s abilities as well as her integrity and compassion.

But in spite of this meeting, the unelected new Hospital and Charitable Aid Board member was the Mayor.

By 1917, Nora Walker had resurrected the Gisborne branch of the National Council of Women and attended a gathering of regional representatives called by Kate Sheppard to ensure the future of the council.

Mrs Agnes Scott is also recorded as a member.

As president of the Gisborne branch which hosted the 1929 National Women’s Council Conference, Nora Walker took pride in showing the delegates from all over New Zealand the Margaret Home Sievwright Memorial that she had helped put in place.

Her obituary in May 1930 acknowledged that “the district had suffered the sad loss of one who earned the highest esteem and greatest affection of all with whom she came in contact”.

“She promoted any movement for the advancement of her fellows and the betterment of their conditions, and gave her support with a whole hearted enthusiasm which made her one of the most highly respected and valued social workers in the district.”

She died in Wellington after attending the funeral of her brother. Her husband Henry John Walker died in 1934.

It wasn’t until 1962 that the first woman was voted on to the Gisborne City Council. She was Mrs Frances Gregory.

Mrs Esme Tombleson had become the first woman to be Member of Parliament for the district in 1960.
Like the contributions of Agnes Scott and Nora Walker, this region has benefitted from the strong commitment these ambitious Gisborne women provided in their roles. 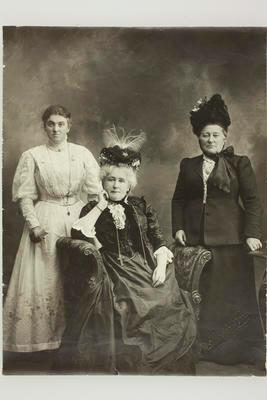 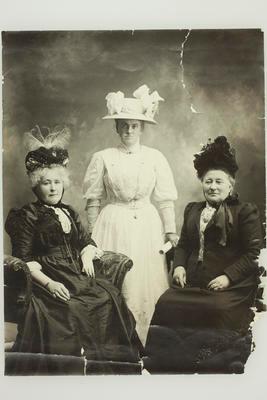