Biography
Samuel Williams was born in Cheltenham, Gloucestershire, England, on 17 January 1822, the third child of the Anglican clergyman Henry Williams and his wife, Marianne Coldham. Nearly eight months later the family left for New Zealand. Samuel Williams grew up at Paihia and Waimate North mission stations, and attended his uncle William Williams's school. A pious, diligent, steady lad, regarded as 'the flower of the family', he had little aptitude for book learning. At the age of 16 he took over his father's farm at Pakaraka. In 1844 he entered St John's College, Waimate, as a candidate for holy orders. When the college was moved to Tamaki, in Auckland, late that year, he went too.

As senior bursar at St John's, Samuel Williams assisted Bishop G. A. Selwyn in the administration of the college farm and finance. Being thoroughly conversant with the Maori language and customs, he was also given the oversight of the Maori boys' school and later the theological college for Maori teachers. On 20 September 1846 he was ordained deacon and 10 days later, on 30 September, he married his cousin Mary Williams, daughter of William and Jane Williams, at St Thomas's Church, Auckland. They had seven children, three of whom died in childhood. Their first year of married life at St John's was saddened by a typhus epidemic. Samuel and Mary Williams cared for the sick and Samuel ministered to Mary's dying brother, Thomas Sydney Williams.

In 1847, during the missionary Octavius Hadfield's prolonged illness, Selwyn sent Samuel Williams to Otaki to try to unravel some of the disputes among the Maori and with the government. On the way back he spent a few weeks at the Turanga mission, in Poverty Bay, assisting William Williams. Both the Otaki and Turanga Maori wanted Samuel Williams to reside with them permanently. Selwyn and the Central Committee of the Church Missionary Society in New Zealand appointed him to Otaki and Waikanae. An ardent believer in Christian education, Samuel organised a system of Maori schools with a large, central, industrial institution in Otaki with boarding accommodation for 100 boys, schoolrooms built at government expense and a small farm. Girls were boarded in the mission house and taught by Mary Williams. Surrounding villages and outlying settlements were visited regularly and village schools fed students in to the central institution. Samuel Williams also supervised the building of Rangiatea Church, which Hadfield had begun.

Impressed by Samuel Williams's work in Otaki, Governor George Grey urged him to move to Hawke's Bay. Grey wanted him primarily to stand between the Maori and the on-coming pastoralists but promised him land and money for a Maori school. Samuel felt it was the will of providence and decided to go if Selwyn and the committee concurred, which they did. This led to difficulties with the Church Missionary Society and eventually to Samuel Williams's giving up his salary and working on his own.

Te Hapuku and 44 others gave him two pieces of land (1,745 acres and 1,408 acres) at Te Aute, as 'a place for teaching for our children', which the government proposed to supplement with 4,000 acres. After some exchanges and reconveyance to the government, an estate of 7,009 acres was entrusted to the bishop of New Zealand, Maori-donated land being for the benefit of 'aboriginal inhabitants' and Crown land for 'both races'. Samuel Williams only learnt about this distinction later. A board of trustees appointed by the General Synod in 1862 gave him power of attorney.

The Ahuriri district, to which he was licensed, was extensive, isolated and unsettled. Ngati Kahungunu hapu had been devastated by musket war raids and were being harried by land purchase agents. Samuel Williams visited their scattered settlements regularly and fearlessly defended their land rights. A stream of friends and visitors of both races passed through his hospitable home in Te Aute, keeping him constantly informed about the Maori situation.

During the East Coast disturbances he watched the roving bands of Hauhau closely and challenged their beliefs in open debate. When the Turanga mission was threatened he went to Poverty Bay and helped the missionaries withdraw unmolested. But the belief that his warning to the authorities before the engagement at Omarunui saved Napier reflected settler panic rather than Hauhau intent and strength. While Samuel exercised a strong, moderating influence, the kupapa tribes prevented further hostilities in Hawke's Bay.

Samuel opened his school at Te Aute with 12 scholars in 1854 but he was away for long periods. The Maori wanted basic primary education but disliked the rough accommodation and hard manual work this entailed. A disastrous fire and a change for the worse in the government's grant-in-aid system drove Samuel to close the school in 1859 and concentrate on breaking in the estate to provide a permanent school income.

With J. H. Coleman as overseer, from 1860 to 1865, he cleared the fern, laid down grass, fenced in and increased his stock, exhausting his private funds and borrowing heavily. In 1869 he leased the estate from the trust for a rent based on current valuation to retain control over it. But a fair rent became a low rent as land values rose. Although the lease was renewed in 1878, 1892 and 1903, with rent increased proportionate to revaluations, there was growing criticism of private leases for long periods at low rents of educational trust land, particularly from the advocates of closer settlement. Although Samuel Williams justified his lease and management of the trust estate in evidence to commissions and committees of inquiry, the use and misuse of educational trust land remained a live issue.

Te Aute College reopened in 1872 with James Reynolds as headmaster and Samuel Williams as provider. Students came mainly from Poverty Bay and Ngati Porou. Donor chiefs, dissatisfied because they believed their children had grown up uninstructed, had established their own schools, and wanted money from the estate or the land returned. A further cause of grievance was the admission of a few European boys.

Reynolds concentrated on primary education and instruction in English. His successor, John Thornton, with Samuel Williams's help and encouragement, gradually raised the level of attainment, opening the way for Maori boys to matriculate, go to university and enter the professions. Both ardently believed in Christian education in English and encouraged in their scholars a pride in their race and a desire to promote its economic and social amelioration. Out of the school account Samuel Williams also contributed towards the costs of Hukarere school for Maori girls in Napier, which he had played a major part in founding in 1875.

Upset by the treatment meted out to his father for purchasing land to sustain his children, Samuel Williams took it on himself to provide for his extended family. Maori offered him land for his own use and he leased and bought a great deal more, mainly from Europeans. At one time or another he controlled about 50,000 acres. His only direct purchase from the Maori was the lake and swamp at Te Aute which, contrary to everyone's predictions, he drained by turning the Waipawa River. To compensate Maori owners for the loss of valuable water-based resources he helped them develop small farms. The Williams family enterprises he promoted in Central Hawke's Bay and on the East Coast were managed by his brothers, cousins and nephews and had to provide for 250–300 people.

Although Samuel Williams became a very wealthy man, he continued to live a simple, active life at Te Aute, deeply involved in the affairs of the Waiapu diocese after his appointment as archdeacon of Hawke's Bay in 1888 and as canon of Waiapu in 1889. He used his wealth to help others and became a great public benefactor. He financed relatives and sons of friends on to the land and saw them through their training for professional careers. He paid university fees for Maori students and supplemented salaries of Maori teachers and stipends of Maori clergy. He supported a number of Maori schools and churches, and contributed to church and mission work, particularly in the fields of health and education, at home and overseas. In 1901 he established the Henry and William Williams Memorial Trust Fund of not less than £50,000 to continue Christian missionary work among Maori people.

Samuel Williams died peacefully at Te Aute on 14 March 1907, leaving his brother-in-law, James Nelson Williams, the difficult duty of dividing up his property (valued at £429,566) among his children and other relatives. His wife had died in 1900.

Loved, honoured and respected at Te Aute and in the diocese, he was mourned as the father of the Maori, 'a binding link of harmonious cohesion' among the various hapu of Ngati Kahungunu, and a true rangatira. But Maori attitudes to missionary paternalism were changing. Several generations later Samuel Williams was more likely to be seen as a land aggregator and developer, a wealthy man and provider for the Williams family. There are elements of truth in both portraits. 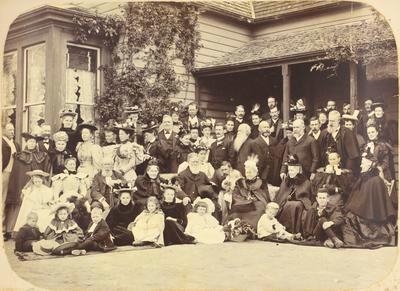 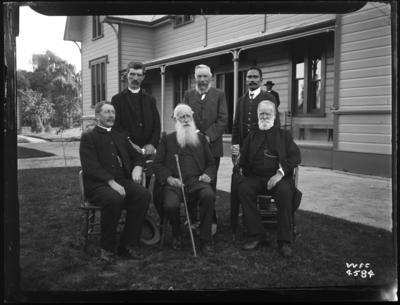 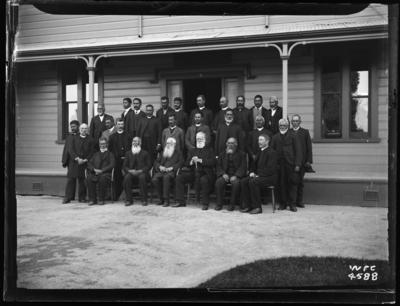 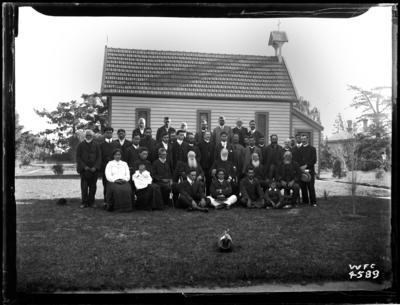