LAUNCH OF THE S.S. TUATEA.
The new steamer built to the order of the Union Steam Ship Company by Mr C. Bailey, jun., was launched from the yards of the builder, Custom street west, shortly after eight o'clock on Tuesday morning, says the Auckland Herald. Notwithstanding the early hour there was a large attendance of visitors, including a number of ladies, to witness the ceremony. The christening ceremony was performed by Miss Laurel Bailey, daughter of the builder, who, as the steamer glided down the ways, broke a bottle of champagne on the bow of the vessel, naming her the Tuatea. The launch was very successful, not a hitch occurring, the new steamer taking to the water very gracefully amongst the hearty cheers from the assemblage.

The Tuatea has been specially designed and built by Mr C. Bailey, jun., to act as a tender at Gisborne for the steamers of the Union Steam Ship Company visiting that port, and is of the following dimensions:— Length, 97ft; breadth, 20ft; depth, 9ft; draught, 6ft 6in. She is built of the best white kauri, timber, the keel, kelson, sister kelson, and engine beds being of Australian ironbark, all being in full lengths. The Tuatea has been very strongly constructed, as the trade in which she is to be engaged requires great strength, and the steamer is probably the strongest vessel of her class ever turned out in Auckland. She is built on the diagonal principle, and every care has been taken by the builder and the supervisors of the construction of the steamer (Messrs Campbell and Daniels, of the Union Steam Ship Company) to see that nothing but the best of material has been used in the work. The steamer is fitted with rolling chocks and is copper fastened from keel to gunwhale, and the supervisors express themselves as being perfectly satisfied with the material used and the workmanship displayed by the builder and his men. The engines are on the compound principle, and are of about 200 horse-power. They have been made by Messrs A. and G. Price, of the Thames, the same firm also providing the boiler. Messrs H. Wetherilt (senior Government inspector of machinery) and McMurrich (Union Steam Ship Company's superintending engineer at Wellington) left for the Thames yesterday afternoon for the purpose of inspecting the engines and testing the boiler. The engine and boiler will be brought up Auckland this week and placed on board of the steamer, and she will then be towed to the Thames, to have this work and the installing of the electric light throughout the vessel completed.

The steamer has a very neatly, fitted up cabin aft, with sleeping accommodation for 15 passengers. The hold, which is situated forward, has a capacity for about, 100 tons of cargo.

Shortly alter the launching, the visitors adjourned into the builder's shed, where Mr A B J Irvine, local manager of the Union Steam Ship Company, proposed "Success to the Tuatea and the designer and builder, Mr C. Bailey, jun." In proposing the toast, Mr Irvine expressed himself in very high terms as to the manner in which Mr Bailey had carried out his contract. Mr Bailey had the reputation of doing good, conscientious work and the Tuatea was no exception to the rule. Mr Bailey, in replying, said that the Tuatea was the first steamer built in Auckland for the Union Steam Ship Company, but he trusted that she would not be the last to be built locally. Mr Bailey then proposed "Success to the Union Steam Ship Company," which was duly honoured, and responded to by Mr Irvine, who said that seeing the manner in which the Tuatea had been turned out, it would not be his (Mr Irvine's) fault if she. was not followed by other vessels for the company.

During the day Mr Bailey was cordially congratulated by the officials of the Union Steam Ship Company and many others interested in the shipping and mercantile business of Auckland upon the satisfactory completion of the Tuatea, and the fine Workmanship displayed in her construction. It is expected that the steamer will be ready to take up her running in about a month's time. 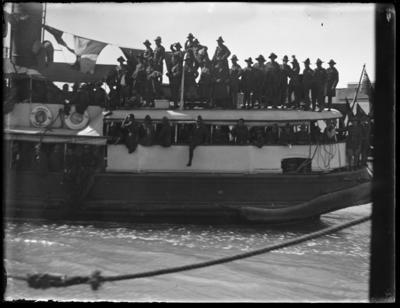 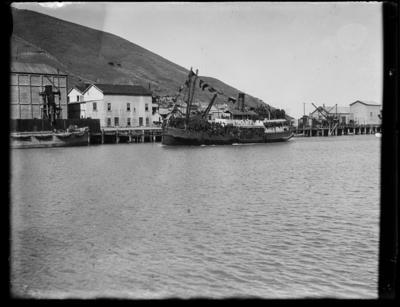 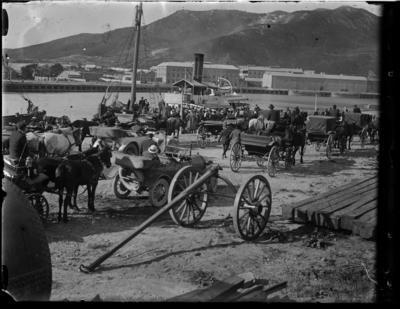 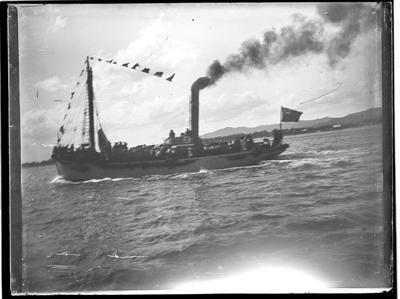 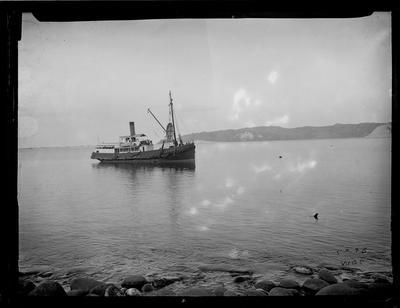