Biography
GIZZY Milk Ltd will cease to operate as a business from January 1, including the distribution of the Gisborne Milk brand, but the owners plan to introduce a new brand of Gisborne-sourced milk in 2018, plus a new line of sheep milk.
Co-owners Kelly and Elm Thorpe, along with Rick and Carol Thorpe, created Gizzy Milk Limited in May 2013.

In August 2013 the Thorpes, in collaboration with Pak’n Save Gisborne, created Gizzy Milk.

Both milk brands were sold throughout Gisborne to supermarkets, dairies, schools, businesses and through their home delivery service.

The home delivery service was discontinued in September last year.

“That was due to a shift in consumer spending habits and the increasing popularity of online supermarket shopping,” said Gizzy Milk general manager Kelly Thorpe.

It was thought to be the last home delivery service in New Zealand.

“In August 2015 we were faced with further challenges, due in part to the nationwide preferred supplier agreement between Fonterra and Foodstuffs NZ,” she said.

“We worked hard to operate despite it, and the company enjoyed success this past year due to the hard work of staff and management.

“However, though we have tried our hardest, we find the current economic climate is one that does not favour small, independent milk businesses.

“Regretfully, we can no longer operate successfully in such a climate.”

The company is in the process of negotiating the transfer of milk delivery arrangements to another supplier.

“It is not all bad news for Gisborne and milk because we plan to introduce the new Farm Fresh milk brand next year.

“This pasteurised, non-homogenised milk will come fresh from Gisborne dairy farms, and will be available in refillable glass bottles from the Farmer’s Market.”

Mrs Thorpe said they had heard and acknowledged the community’s pleas to become a more environmentally- sustainable and responsible company by moving away from plastic packaging.

“We are pleased to announce that we are now working through the lengthy and somewhat complex process in order to bring this to our community.”

As well as Farm Fresh, the Thorpe family were excited about the conversion of the family’s dairy farm to a sheep milking farm, which would take place mid-2018.

“The use of sheep’s milk has grown in recent years as the health benefits of it have become better understood.

“We have exciting plans to produce sheep’s milk cheeses as part of the Waimata Cheese range." 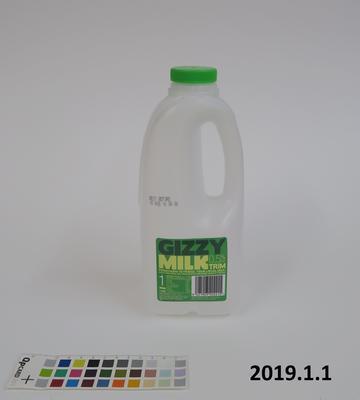