Biography
After an association of 63 years with the transport industry in Gisborne, the three-generation carrying business of Clare and Clare Ltd has been purchased by Carter Holt Holdings Ltd. The ever-increasing need for high-cost specialised vehicles in the transport industry is producing a trend where large public companies are taking over from family concerns such as Clare and Clare. The company started in 1910 in a small building on the river side of Read's Quay. This was before Clare and Clare occupied the concrete building on the Childers Road corner. The company, while still retaining that building, moved to the present new complex of 30,000 square feet, on 2½ acres in the Awapuni subdivision, in April, 1971.

Mr Lionel Clare, who formed the company in 1910. After his death in 1929, the company was operated by his son, Mr Ronald Clare.

Mr Randal Clare, who has been operating the business since his father (Mr Ron Clare) died in 1969. He has been in the business for 22 years. 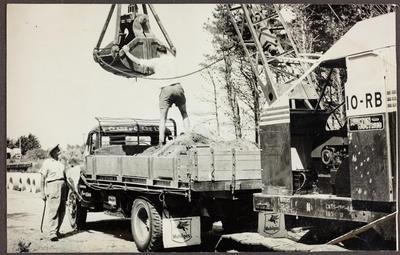 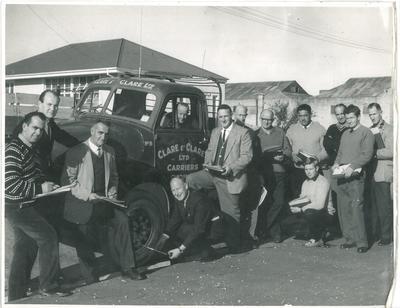